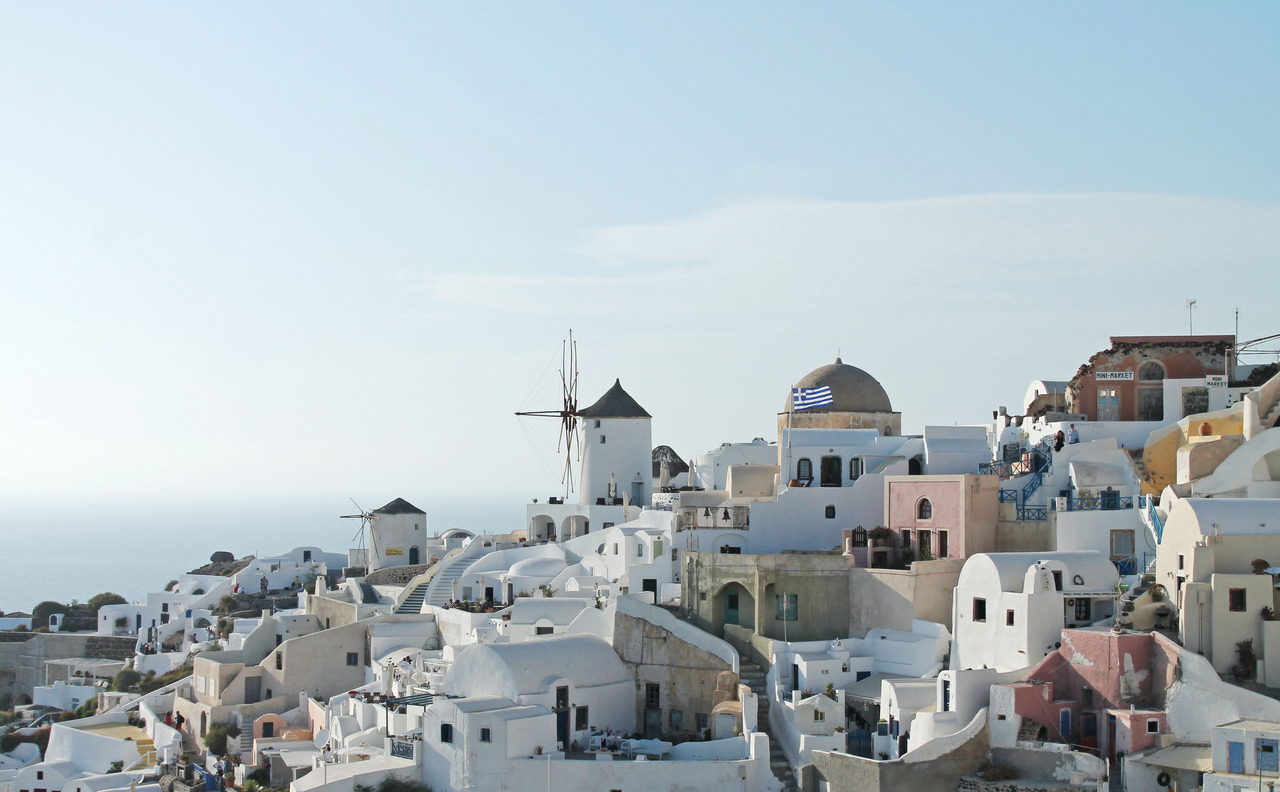 It borders Albania, the Republic of Macedonia and Bulgaria to the north, and Turkey to the east. The Aegean Sea is to the east and south of mainland Greece, the Ionian Sea is to the west. Both are part of the Eastern Mediterranean Sea and have many islands.

The official language spoken in Greece is Greek, spoken by 99% of the population. Many Greeks also understand English, French and German, which are taught in schools. Greece became a member of the European Union in 1981.